By Gothic SF, I mean dark and brooding with elements of superfluous decorative detail. Warhammer 40 K has plenty of this.

I decided to make a conversion using some metal parts from an in between scale and putty on a Tim Mee spaceman body. The result is a figure between a Space Marine and Imperial Guard but in 54mm. The cross with skull was a spare 40K part.

I have called the figure a member of the Death Guard. It occurred to me I could also make figures like this from astronaut figures.

A STORY OF TWO HEROES

The jungle was beginning to claim the Park of Heroes. Vince Starlight looked up in wonder, at the statue of Joe Obram. Everyone had been taught about the heroic exploits at The Blue Canyon. One hundred years before private military contractors, Ernst Coorang and Joe Obram had fought one thousand lizardmen. Separated from their unit, they were attacked by the major sentient species on the planet, Hawking (known to the natives as Sploonderr). Ernst was already known for his role in the suppression of the Servo rebellion (hence the robot head on his statue base).

The Slivvers were intelligent reptiles but their technology was medieval at best. Yet some of them had acquired, from unprincipled gun runners, projectile firearms. Ernst and Joe took up positions in elevated rocky positions of a canyon. The humans' high tech weaponry was some compensation for the swarm of aliens that surged up the canyon. The lizards fired wildly with their rifles but most also had more primitive weapons. Ernst opened up with the particle beam which cut swathes through the lizards. Joe fired his 60 caliber assault cannon. Within ten minutes two hundred lizards lay dead or mangled in pools of green blood.

The problem was that Ernst and Joe had already expended much ammunition in earlier skirmishes. They were nearing the end of their bullets and energy cells. The natives, unlike, most primitives, had not fled in terror. They followed an apocalyptic religion which gloried in the mass spilling of blood, something they regularly did to their own people in sacrifices to their gods.

The reptiles noticed that the humans were firing less and so they moved into bow range. The arrows were stone tipped and ineffective at long range but the men began to take minor wounds. Then the ammunition ran out. Ernst swung his large bowie knife at any lizard which emerged over the rocks. Joe had grabbed a lizard spear and used it against the enemy.

A deepening mound of the Slivvers grew around the two men. The men had so many arrows sticking out of them that they resembled porcupines. (In this period the modern Deruvian armor was yet to become commonplace). Finally both men were pierced through the eyes by Slivver spears.

The Battle of the Blue Canyon (named after the native plant/animal blue worms that routinely covered the canyon floor) was celebrated every year by the colonists and many paintings were made in commemoration of the Lost Patrol. You see, even though the heroes were killed they had, in turn, killed nearly 600 of the enemy. This so discouraged, even the Slivvers, that they withdrew to re-group. This gave time for the humans to send a suitable force and one of the two anti-grav air saucers available on the planet. The remainder of the Slivver's army was exterminated. The Slivvers retreated into the many swamps and have largely remained there for one hundred years. The human population has continued to grow and expand into former Slivver territory.

Of course, all this was against Earth policy which was to settle planets only where sentient species were not apparent but Earth was a long way away and the man (or woman) on the spot made the decisions. military men were also there to offer their sernices to colonists. 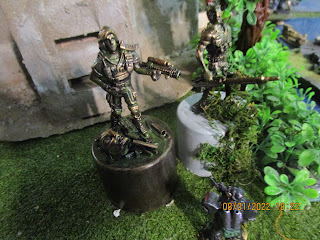 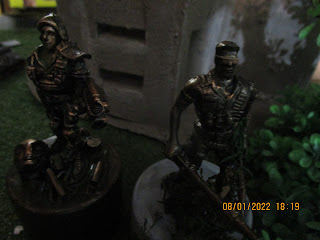 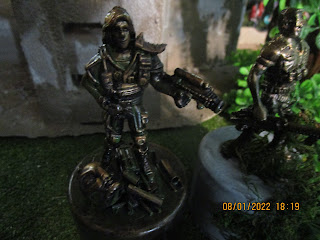 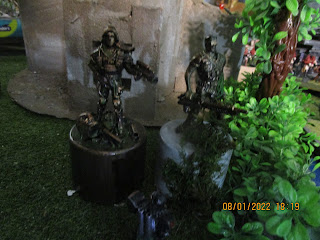 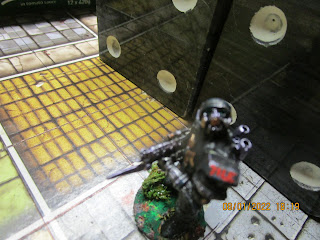 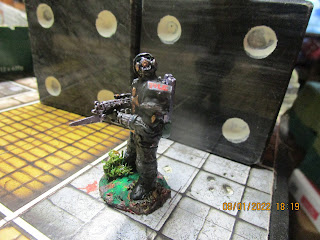 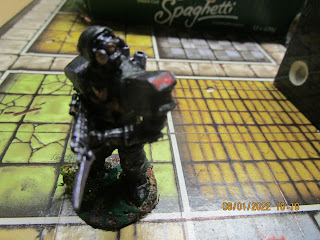 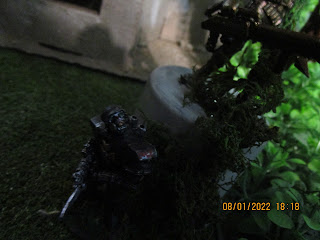 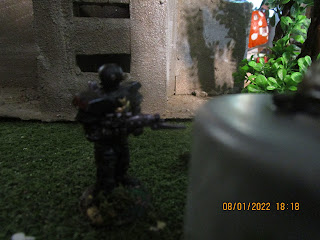 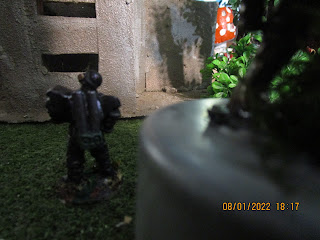 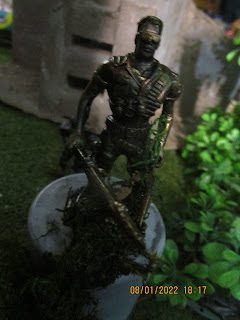 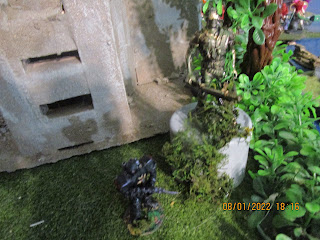 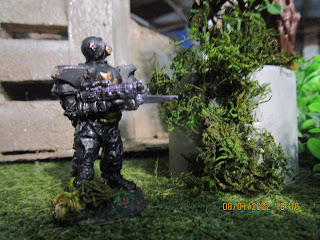 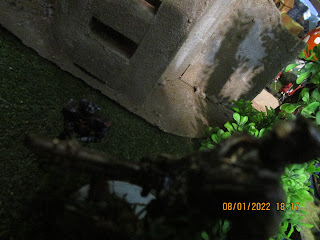 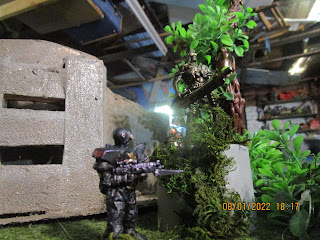 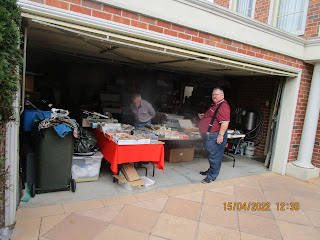